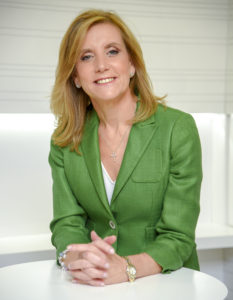 Marta Martínez was appointed General Manager, IBM EMEA on July 2020. In this role, she is responsible for IBM’s strategy, execution, business, client satisfaction and team development in a geography spanning more than 100 countries.

Marta Martínez joined IBM in 2003 as sales leader, Communications Industry for Spain and Portugal. In 2006 she was appointed Vice President, Sectors, leading the Sales & Distribution organization, handling business relationships with IBM’s main clients in Spain, Portugal, Greece and Israel. In 2008, she worked in IBM’s headquarters in New York as Vice President of ITS worldwide sales.

Marta Martínez holds a degree in Mathematics from Complutense University of Madrid and an Executive Management Program degree from IESE Business School. She is married and has three children.