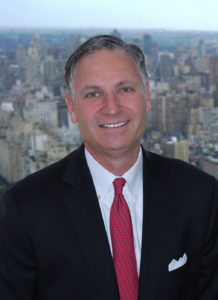 Robert Reiss is founder and host of The CEO Show, nationally syndicated to more than 600,000 listeners on AM/FM radio. His company publishes The CEO Forum, a quarterly magazine whose subscription base is exclusively 10,000 CEOs. Reiss is a frequent keynote speaker on lessons from CEOs. Robert founded the company in 2007 with a radio show, The CEO Show, which today is nationally syndicated on over 25 AM radio stations with 600,000 weekly listeners. The CEO Show was rated in the 2016, “10 Top Podcasts Every CEO Should Listen To” as the #1 Podcast for CEOs. He also is a writer for Forbes.com since 2009 specializing in transformative CEOs with focus on: the customer experience, culture and digital transformation. The CEO Forum publishes The CEO Forum Magazine, a quarterly received exclusively by the top 10,000 CEOs in America. Robert Reiss coined the term “Transformative CEO”, and then co-authored, The Transformative CEO (McGraw-Hill, 2012). Reiss’ work with CEOs has been featured in media such as Squawk Box and The Harvard Business Review where Reiss was cited as, “an expert in executive communications”. According to the renowned business author Tom Peters, “Robert Reiss knows CEOs better than any person alive.” Prior to The CEO Show, Reiss was Managing Director of a strategic implementation firm. In his not-for-profit work, Reiss is on the Board of Griffin Healthcare (A Fortune #4 Best Company to Work for in America), Planetree, and Kingsbrook Medical Center. He was a recipient of the United Health Fund’s Distinguished Trustee Award.