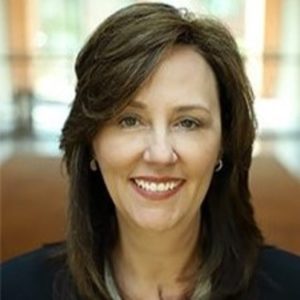 Carrie Bourdow was appointed President, CEO and member of the Trevena Board of Directors in October 2018. She has served in various senior positions at Trevena, joining the company as chief commercial officer and appointed executive vice president and COO in January 2018. Prior to Trevena, she was vice president of marketing at Cubist Pharmaceuticals, Inc., until its acquisition by Merck & Co. in January 2015. At Cubist, she led launch strategy, marketing, reimbursement, and operations for five acute care hospital pharmaceuticals totaling over $1 billion in annual revenues. Prior to Cubist, she served for more than 20 years at Merck, where she held positions of increasing responsibility across multiple therapeutic areas. Since June 2017, she has served on the board of Nabriva Therapeutics, a publicly traded biopharmaceutical company. She holds a BA in Spanish language and literature from Hendrix College and an MBA in Business from Southern Illinois University.