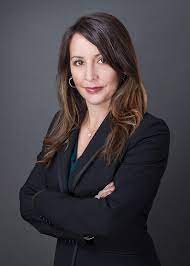 Cheryl Henry is President, CEO and Chairwoman of the Board of Ruth’s Chris Hospitality Group, a restaurant company with a focus on American steakhouse restaurants. She has served as CEO since August, 2018 and was appointed to the board of directors as of that date. She brings to her roles, broad-based experience that includes real estate development, marketing, and consumer branding. Prior to her current responsibilities, she held numerous leadership roles including president and COO, senior vice president, chief branding officer and chief business development officer. Before joining the Ruth’s Hospitality Group team, she was the chief of staff for the Mayor of Orlando. Cheryl has served on the Board of Trustees of the Culinary Institute of America since December 2017 and on the Board of Governors of the Center for Creative Leadership since June 2017. She holds a BA in Finance and Management from the University of Pittsburgh.