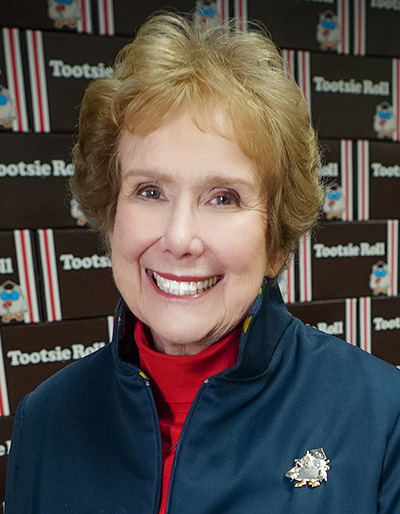 Ellen Gordon became Chair and CEO of Tootsie Roll Industries in 2015. For more than five decades, she and her late husband, Melvin, built the company into one of the largest U.S. candy makers with operations throughout North America and distribution channels in more than 75 countries. Ellen joined Tootsie Roll in 1968 and has served as vice president of product development, senior vice president and president and COO before assuming her current responsibilities. She has served as a board member or trustee at CPC International, HDI Investment Corp., the National Confectioners Association, Northwestern University’s Kellogg School of Management Global Advisory Board, and Unilever Bestfoods. She is a founding member, former president, and former foundation chair of the Committee of 200. A dedicated philanthropist, Gordon has supported institutions that advance education, health care and human services. She received a BA in Russian language and literature from Brandeis.