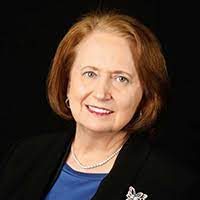 Jean Hale, who served as chairman, president, and CEO of Community Trust Bancorp for 23 years, retired in February 2022. Jean joined the company in 1969 and progressed through the officer ranks and in 1992 at the age of 45, was named president and CEO of Community Trust Bank. She became president and CEO of Community Trust Bancorp in 1999 and chairman in 2005. During her tenure, the company’s total assets increased 152% from $2.2 billion on December 31, 1999, to $5.5 billion at June 30, 2021. During her 52 years of service, the company has grown total assets from $25 million to $5.5 billion and had 41 years of consecutive increases in cash dividends. She has a BS in Business from Pikeville College and Stonier Graduate School of Banking, Rutgers University.