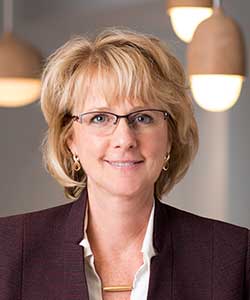 Joanna Zabriskie is President and CEO of the BH Companies, one of the largest multifamily management and investment companies in the nation. She joined BH in 2013 as Senior Vice President, focusing on new initiatives and special projects to improve the overall operating efficiency of the organization. In December 2014, she was promoted to President and since then, BH has grown from 45,000 units to more than 90,000 units with over $1 billion in systemwide sales. During Jpanna’s tenure, BH has been designated Top 100 Great Places to Work for Diversity, Women, and Millennials. Before BH, her previous company co-invested with BH for many years as a sponsor/partner on multifamily acquisitions. Her roles included serving as the Managing Director and Chief Investment Officer of Harbour Realty Partners, a company she co-founded to invest in multifamily properties. Joanna earned an undergraduate degree from Carleton College and a master’s in international management and an MBA from the American Graduate School of International Management (Thunderbird).