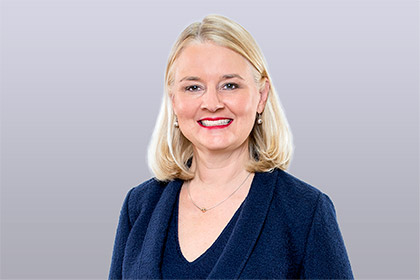 Karen L. Zaderej has served as Axogen’s President, Chief Executive Officer, and a member of its board since September 2011 and as Chairman of its Board since May 2018. She has held the role of CEO of Axogen’s wholly owned subsidiary, Axogen Corporation since May 2010. Ms. Zaderej joined Axogen Corporation in May 2006 and served as vice president of marketing and sales from May 2006 to October 2007 and as COO from October 2007 to May 2010. Earlier in her career, Karen founded Zaderej Medical Consulting to assist medical device companies build and execute successful commercialization plans. She sits on the board of Directors of EyePoint Pharmaceuticals and is a member of the University of Tampa Board of Trustees and the MedExec Women Board of Advisors. She holds a BS in chemical engineering from Purdue University and an MBA in Marketing Organization Behavior from Northwestern University, Kellogg School of Management.