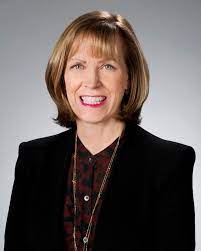 Sandra B. Cochran has served as President and CEO of the company since September 2011. Previously, she served as Cracker Barrel’s executive vice president and CFO. Before joining Cracker Barrel, Sandra held the roles of chief executive officer, president and vice president for Books-A-Million, Inc. and was part of the leadership team which took the company public in 1992 and completed a secondary offering in October, 1993. Prior to joining Books-A-Million, she held the position of vice president, corporate finance for SunTrust Securities, Inc., a subsidiary of SunTrust Banks, Inc., for seven years. Sandra holds a chemical engineering degree from Vanderbilt University and an MBA from Pacific Lutheran University. Following graduation from Vanderbilt, she entered the United States Army where she ultimately served as a Captain in the Ninth Infantry Division.