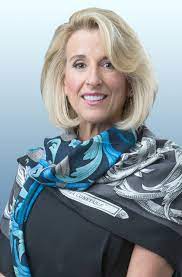 Sheryl Palmer is the Chair and CEO of Taylor Morrison Home Corporation, a leading national homebuilder and developer. Since 2007, she has overseen a highly experienced leadership team in several key national homebuilding markets. Sheryl has more than 30 years of cross-functional building experience, including leadership in land acquisition, sales and marketing, development and operations management. She has led Taylor Morrison into the top ranks of America’s largest public homebuilders, following the company’s IPO in 2013. Her passions extend beyond her corporate responsibilities to her three children and five grandchildren; leadership and diversity; supporting veterans; solving for homelessness; and health and wellness. Sheryl serves on the Board of Directors of Interface Inc. and is an Executive Committee Member of the Joint Center for Housing Studies (JCHS) Policy Advisory Board at Harvard University. She studied special education and teaching at San Diego State University.