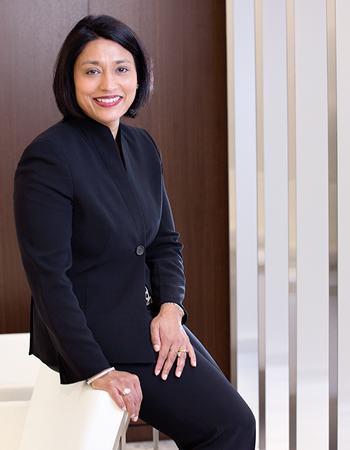 Vinita D. Gupta has been CEO at Lupin Limited since , 2013. and also serves as an Executive Director. She has been the Chairman and Chief Executive Officer of Lupin Pharmaceuticals Inc., the U.S. wholly owned subsidiary of Lupin since 2003 and also has been its Managing Director since October 11, 2003. She is an employee of Lupin Gmbh, Switzerland, wholly owned subsidiary of Lupin Limited. She served as the President at Lupin Pharmaceuticals, Inc. until August 2010. She has been a Director of Precigen, Inc. (formerly known as Intrexon Corporation) since April 25, 2017. She has served as a Director of Lupin since 2001 and Lupin’s Japanese subsidiary Kyowa Pharmaceuticals since 2007. She served as a Non-Executive Director at Lupin Limited. She served as a Whole-Time Director at Lupin Ltd until October 10, 2003. She won Entrepreneur of the Year as part of the 2016 Forbes India Leadership Awards and was named 2015 Ernst & Young Entrepreneur of the Year. She received Hall of Fame Award for The Most Powerful Business Women, 2017 by Business Today. She is regularly named in Forbes Asia Top 50 Power Business women listings for Asia Pacific. She is a Pharmacy Graduate from the University of Mumbai. She holds an MBA from the J. L. Kellogg Graduate School of Management, USA.