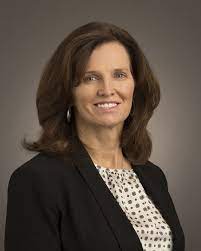 Ms. Savage has been appointed CEO and President for Trinity Industries since February 17, 2020. She was previously the Vice President of the Surface Mining & Technology division of Caterpillar, Inc., a position she has held since August 2017. Here she oversaw the division’s end-to-end value chain, ensuring a customer-centric approach in product design, development, manufacturing, and sales. Prior to this, Ms. Savage held leadership roles from 2002 to 2013 in Caterpillar’s Progress Rail division, a wholly owned subsidiary of Caterpillar, Inc. Prior to joining Progress Rail, Ms. Savage worked in a variety of manufacturing and engineering positions for 14 years at Parker Hannifin Corporation. Ms. Savage began her career spending nine years as an intelligence officer in the U.S. Army Reserves.