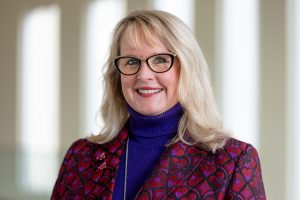 Lou Kennedy is President, CEO and Owner of Nephron Pharmaceuticals Corporation – a certified woman-owned business. She has held a variety of marketing and operational roles at Nephron and created the Nephron national sales force. Kennedy has been widely recognized for her achievements in business and leadership. She has won Ernst & Young’s Entrepreneur of the Year Regional Award and an Outstanding Leadership Award from the National Association of Manufacturers (NAM), at the NAM Institute STEP Ahead Women’s event. Kennedy received South Carolina’s highest civilian honor – the Order of the Palmetto – from Governor Nikki Haley in recognition of a lifetime of outstanding service. She earned a Bachelor of Arts degree in public relations from the University of South Carolina.