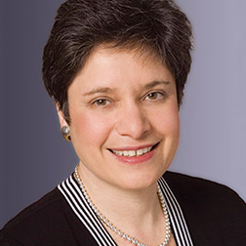 Michele is a partner in the law firm Paul, Weiss, Rifkind, Wharton & Garrison, LLP where she is Co-Chair of the White Collar & Regulatory Defense Practice Group. Her law practice involves advising public and private companies and institutions and executives and public officials in high-profile, high-stakes federal and state criminal, civil regulatory and internal investigations. She has represented public and privately held companies and individuals before the U.S. Department of Justice, United States Attorneys’ offices, the U.S. Securities & Exchange Commission, and State Attorneys General and in connection with sensitive, significant employment matters. Michele has worked on a broad range of pro bono cases and previously served on Paul, Weiss’s Management Committee and the boards of The Legal Aid Society and the New York City Bar Justice Center. She is currently a member of the board of the Amber Charter School Foundation.Prior to joining Paul, Weiss, Michele served for eight years as First Deputy Attorney General for the State of New York and for eleven years as a federal prosecutor in the United States Attorney’s Office for the Southern District of New York, where she was the Deputy Chief Appellate Attorney and Chief of the General Crimes and Public Corruption Units. She is a graduate of Yale Law School, where she was articles editor of the Yale Law Journal, and Rutgers College.