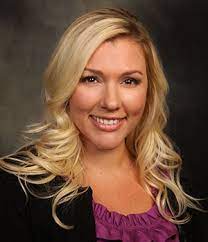 Nicole Piccinini Pesco is CEO of the 206-store grocery chain, The Save Mart. Prior to being CEO, she served as co-president and chief strategy and branding officer for the Modesto, California-based company. In July 2015, she led Save Mart’s launch of its first new concept store format in more than 20 years with the introduction of Lucky California in the Bay Area. Nicole is the daughter of the late Robert “Bob” Piccinini, longtime owner and chairman of the chain, and grew up in the grocery business. Nicole worked her way up from being a service clerk in the stores on her summer vacations into roles of increasing responsibility in accounting, private label, enterprise systems implementation, marketing, and merchandising. Early in her career, she ran fulfillment and logistics for Claudia Ciuti Shoes, a high-end Italian designer based in New York City. Nicole graduated from the Polimoda Institute of International Fashion Design in Florence, Italy.