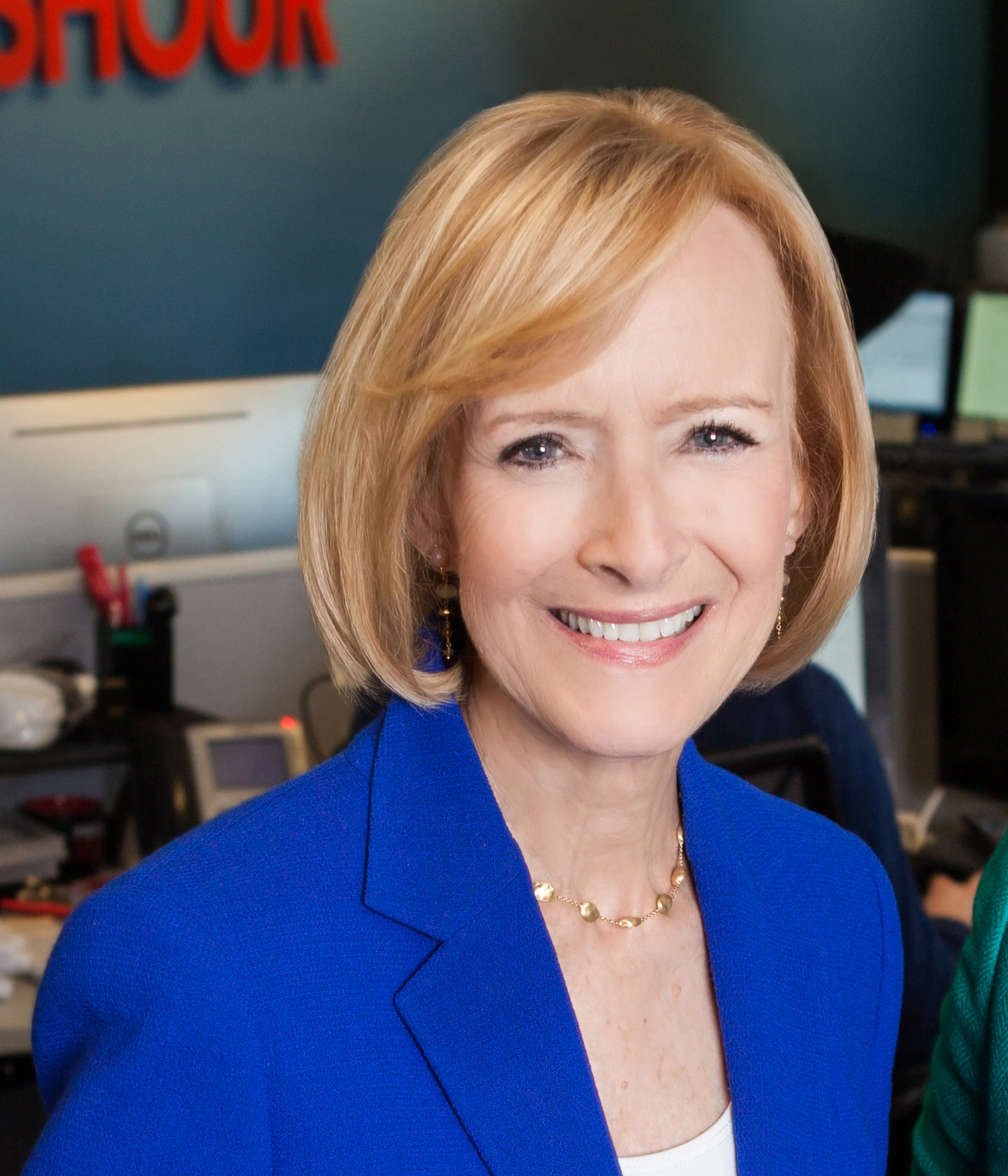 Broadcast journalist Judy Woodruff is Anchor and Managing Editor of PBS NewsHour. She has covered politics and other news for over four decades at NBC, CNN and PBS.
Judy was with NBC News from 1977 – 1983; including her time as White House correspondent and then chief Washington correspondent for The Today Show. She then joined PBS as Chief Washington correspondent for The MacNeil/Lehrer NewsHour and anchored PBS’ award-winning docuseries “Frontline with Judy Woodruff” from 1984-1990.
She joined CNN in 1993 as a senior correspondent and anchor for the weekday program “Inside Politics.” She returned to the NewsHour in 2007. In 2013, she and the late Gwen Ifill became the first two women to co-anchor a national news broadcast. After Ifill’s death in 2016, Woodruff was named sole anchor.
Judy is a founding co-chair of the International Women’s Media Foundation and a recipient of over 25 honorary degrees and numerous awards. She is a graduate of Duke University, where she is a trustee emerita.