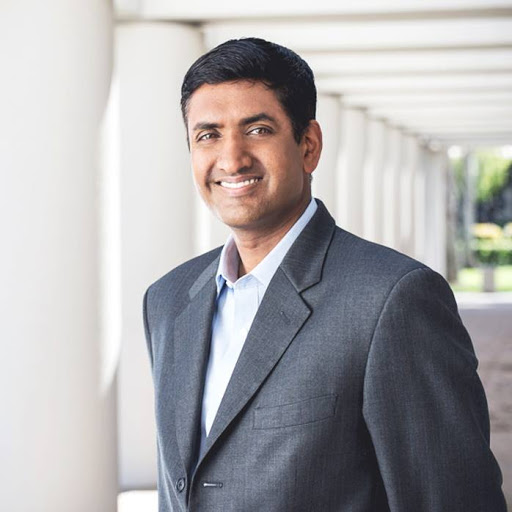 Representative Ro Khanna is a leading progressive voice in the House working to democratize the digital economy, bring advanced manufacturing jobs to factory towns, and advance U.S. leadership on climate, human rights, and diplomacy around the world.

Khanna proudly represents California’s 17th Congressional District, located in the heart of Silicon Valley, and is serving in his third term. He sits on the House Agriculture, Armed Services, and Oversight and Reform committees, where he chairs the Environmental Subcommittee. Khanna is also the Deputy Whip of the Congressional Progressive Caucus; serves as an Assistant Whip for the Democratic Caucus and is the Democratic Vice Chair of the House Caucus on India and Indian Americans.

He has worked across the aisle to deliver on legislation to invest in science and technology, create millions of good paying tech jobs and revitalize American manufacturing and production. Khanna authored the Endless Frontier Act, which formed the basis for the sweeping CHIPS and Science Act signed into law by President Biden.

As Chair of the House Oversight and Reform Environmental Subcommittee, Khanna brought the CEOs of six major fossil fuel companies before Congress to testify under oath about climate disinformation for the first time in history. He also held hearings to investigate the health harms associated with leaded aviation fuel, implement better wildfire preparation measures, and protect America’s food supply from the threats posed by climate change. During the Inflation Reduction Act negotiations, Khanna played a key role in ensuring that important climate provisions remained in the final deal.