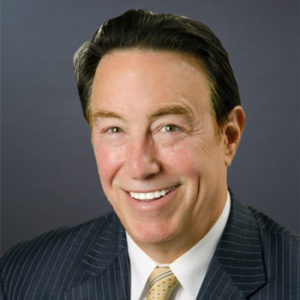 An experienced global business leader, Michael Norris’ career has taken him all over the world. He has deep experience in enabling business transformation and is known for his passion of attracting top talent to deliver on breakthrough strategies. He has leveraged his entrepreneurial energy to drive domestic and international business turnarounds with consistent profitable growth at Sony Retail Entertainment/Loew’s Cineplex Entertainment, Chili’s Grill & Bar Asia, and General Mills Restaurant Group. Most recently, Mr. Norris held two positions at Sodexo, as a COO of Sodexo’s $10 Billion North American business, and as CEO of its $5 Billion Health Care Division. In his 10-year tenure, he and his team doubled the company’s top line revenue and tripled its bottom-line profits. In his former position as President and CEO of Loew’s Cineplex Entertainment/Sony Retail Entertainment, Mr. Norris lead the turn-around of the financially troubled Loew’s Theatres. This led to the very successful $1.4 Billion sale to Bain Capital. Michael’s previous experience includes being a Partner and CEO of Chili’s Grill and Bar Asia, a Master Franchiser of Brinker International, where he introduced Chili’s to the Pacific Rim. Michael earned an MBA with emphasis in International Business from the University of East London, U.K. He serves on the board of Sodexo Magic, a company he started between Earvin “Magic” Johnson and Sodexo, and proudly serves on the board of the United Negro College Fund. With a lifelong passion for helping others he has served on the board of Variety the Children’s Charity, the Will Rogers Institute, World Affairs Council, and he is also the past President of the National Association of Theatre Owners. Michael is a co-author of the book Advancing a Jobs Driven Economy published by STEMconnector.