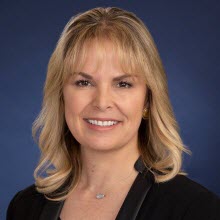 Jodi Euerle Eddy is our Senior Vice President and Chief Information and Digital Officer, a position she has held since July 2020. In her current role, Jodi is responsible for positioning the company for success across multidisciplinary digital and information technology (IT) needs and overseeing the company’s strategy for digital health, data analytics, and cybersecurity capabilities. Jodi leads an IT organization and expanded digital team of employees and contractors worldwide focused on continued advancement into complex, integrated digital solutions to address evolving customer and patient data needs. Prior to joining Boston Scientific, Jodi progressed through several roles of increasing leadership of information systems positions over 18 years at General Electric, including serving as the commercial chief information officer for the Oil and Gas business from October 2012 until December 2013; chief commercial information officer for the Measurement and Control business from October 2011 until February 2012; and chief information officer for the Engineered Systems business from October 2008 until February 2011. Jodi earned a B.S. in computer science from Southern Connecticut State University. She holds certifications in Master Black Belt Six Sigma, CISSP, and CISCO CCNA.