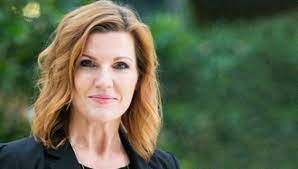 Kirsten Davies is the Chief Information Security Officer (CISO) at Unilever, and previously served as SVP & CISO for The Estee Lauder Companies.
Previous to her role with ELC, Kirsten was the Group Chief Security Officer (CSO) for Barclays Africa/ ABSA, where she was tapped to build and run the unique, end to end security function which included cybersecurity, information security, fraud, analytics, and physical security for operations across the continent. It was there she led the establishing of the first-ever Africa Converged Security Academy, an immersion-based, 14-week program that is now creating a pipeline of entry-level, cybersecurity talent for the continent. Prior to her role with Barclays, Kirsten held leadership positions at Hewlett Packard Enterprise (HPE), Siemens, Booz Allen Hamilton, and Deloitte Australia. Kirsten holds a bachelor’s degree in International Politics & Government from University of Puget Sound in Tacoma, WA, has studied International Law at Johns Hopkins University and has an advanced certificate in Change Management from the PROSCI Institute.