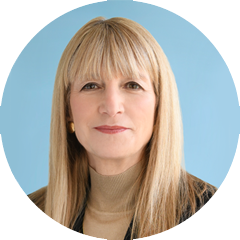 Mary Puma has been Axcelis’ CEO since January 2002. She played an instrumental role in the company’s spin-off from Eaton Corporation in 2000, when she was named President and Chief Operating Officer. Puma joined the semiconductor business in 1998, when it was Eaton’s Semiconductor Operation, first serving as the Vice President of its implant business and then as the Vice President for the total operation. Puma joined Eaton in May 1996 as the General Manager of the company’s commercial controls division. Prior to joining Eaton, she spent 15 years in various marketing and general management positions at five different General Electric business units. Puma holds a BA in economics, Phi Beta Kappa, from Tufts University and an MS in Management from the MIT Sloan School of Management. She is a member of the boards at Nordson Corporation, North Shore Medical Center and Semiconductor Equipment and Materials International (SEMI).