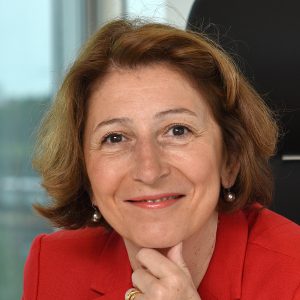 Nathalie Wright is Chief Digital, IT and Sustainability Officer at Rexel. Prior to joining Rexel, she was Vice President Software and member of the Executive Committee of IBM France. She has spent 8 years at Microsoft France as Head of the Public Sector Division and, starting 2011, as Managing Director in charge of the Large Enterprises Division and strategic partnerships. Before that, she spent 5 years at AT&T as General Manager France, Southern Europe and Middle East and held various management positions at Verizon from 1999 to 2004. She holds a Master’s degree in economics, graduated from IAE Paris and INSEAD.