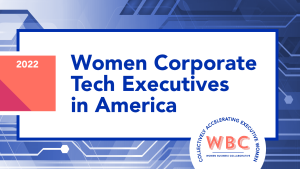 Women have made an extraordinary impact on technology. Unfortunately, many of their contributions and inventions were not attributed to them during their lifetimes. Although a few women in the mid-nineteenth century were allowed to submit their ideas for a patent, the United States didn’t grant women full rights until 1920. Prior to that, women were viewed as chattel, rather than individuals, with no freedom to own anything or make decisions. This limitation led to the common practice of women submitting inventions under their father, husband, or a male partner’s name.

Credit Not Given Where Credit Was Due

Ada Lovelace and Hedy Lamarr  were two women notably not given credit for their truly advanced technology. Although Ada Lovelace is now known as the first computer programmer, she was not originally credited for her contribution to the Analytical Engine. She served as the key interpreter for Charles Babbage, and published notes in 1843 on how the machine could be used to follow a program to calculate Bernoulli numbers. For many years, historians debated who was the real author of the program, believing a woman was incapable of such logic.

During World War II, Hedy Lamarr and George Antheil developed “frequency hopping” to set radio-guided torpedoes off course during the war and prevent military radios from being bugged. Their idea received a patent in 1942. Unfortunately, the patent expired in 1959 and the US Navy didn’t adopt the technology until 1960. Not until the late 1990s, when a researcher found the original patent, did Lamarr receive credit. The secret communications technology Lamarr and Antheil created was used to inspire the development of Wi-Fi and subsequently Bluetooth and GPS.

Women have been responsible, without attribution, for many inventions that improved our quality of life. For example:

Unsung Heroines in Space and Technology

Grace Hopper began her computer career in 1944. She became known as “The Mother of Computing.” She brought speed and accuracy to military initiatives with the Mark 1 computer, developed the first business-oriented machine and was the inventor of the COBOL programming language.

The appropriately named movie, Hidden Figures, introduced remarkable, unacclaimed African American women and their impact on NASA in the race to space.

There are many more legendary women waiting for us to discover. Let us allow their contributions to be our inspiration for tomorrow. Begin by examining women’s impact within your company. For example, IBM has been supporting women’s advancement in technology since 1899 when the first two women, Lillie Philip and Nettie Moore, were hired. In 1943, Ruth Leach became the first female executive. In 1953, Lois Haibt was one of the programmers that invented Fortran. Jeannette Kilttredge Watson was the first woman appointed to the board of directors in 1956. Dagmar Arnold was the first woman at IBM to receive a patent for the external design of the 1301 Disk Storage Unit in 1963.