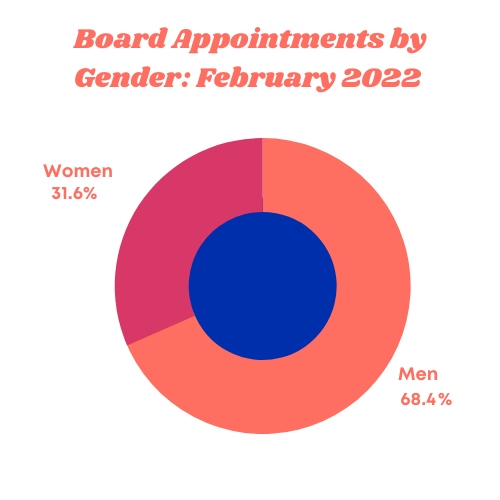 As we move into 2022 the march towards parity continues. In February women comprised 31.1% of new appointments to the boards of public companies. Public companies appointed 114 women to boards and 247 men to their boards.

“We’re honored to celebrate an organization committed to building an equitable future for women in business,” stated Lynn Martin, President, NYSE Group in a press release on March 4th when WBC rang the closing bell at the NYSE.

While only 28 of the newly appointed female Board members (24% of new women appointments) chose to self-disclose their race, we continue to see increased diversification within this set. In February, Black/African American women take the lead in board appointments again with 11 women being appointed to public boards, making up 39.2% of the 28 women.

They are closely followed by 9 Asian/Pacific Islander women, 5 Hispanic women, and 2 Middle Eastern / North African women. Aramark, Express, Inc., and 3M Co., are some of the companies that appointed this phenomenal group of diverse women to their boards. 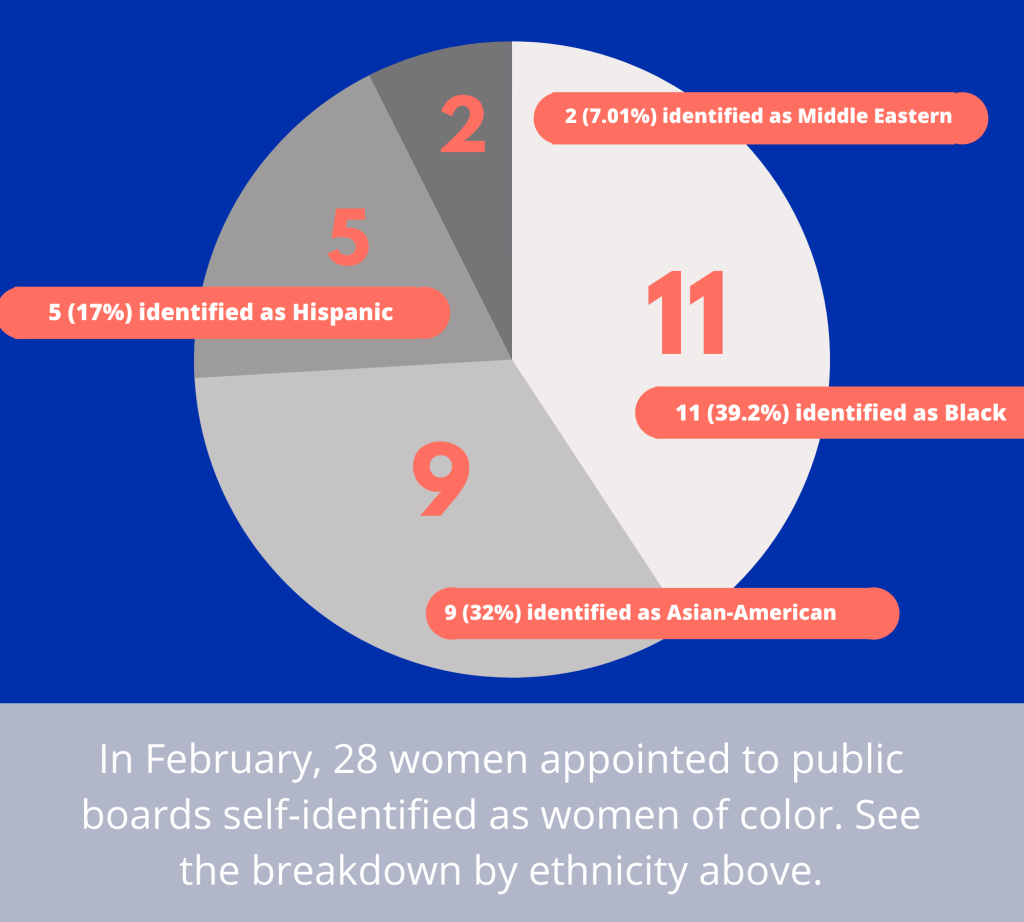 Of the 114 women appointed the boards of public companies, 66 or 58% were first time board appointments, a substantially higher percentage compared to previous months. Thus, the trend to build the pipeline and number of women on boards continues. In February, Technology companies led the way in the appointment of women followed by Healthcare companies and Financial Services; with women appointed filling 20.17% of board seats at technology companies. In the Financial sector, we see strides being made by women at companies like S&P Global Inc. and Bayfirst Financial Corp.

Equilar and WBC are tracking and analyzing the growth and rotation of board seats on public companies and the expanding candidate pool. We will continue to track not only the women in terms of numbers, diversity and profile; but the companies and industries in which female board members are present and how many of the overall board seats are held by women. Please, join us in celebrating, tracking, analyzing, and promoting women serving on corporate boards.