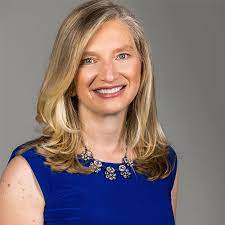 Laura A. Francis has served as Chief Executive Officer and a Director on SI-Bone’s Board since April 2021. As the Chief Financial Officer since May 2015 and Chief Operating Officer since July 2019, Ms. Francis played a fundamental role in bringing the company public in October 2018 and building the operations of the business. Prior to joining SI-BONE, Ms. Francis held other executive and leadership roles with public and private life science companies, including Auxogyn, now part of Progyny (Nasdaq: PGNY), Promega Corporation, and Bruker Corporation (Nasdaq: BRKR). Earlier in her career, she was an Engagement Manager with McKinsey & Company and Audit Manager with Coopers & Lybrand, now PricewaterhouseCoopers. Ms. Francis has been a Director for Shockwave Medical (Nasdaq: SWAV) since January 2019, where she serves as Audit Committee Chair and Compensation Committee Member. She received a B.B.A. from the University of Wisconsin and an M.B.A. from Stanford University. She is a Certified Public Accountant (inactive) in the State of California.