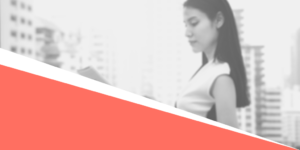 Focusing on CEO leadership and sponsoring women CEOs is one of WBC’s nine main action initiatives. We know that advancing women in the workplace needs to happen at all levels, and organizations that change from the top down are the most successful at shifting their culture. Yet women’s representation in CEO roles across both the public and private sectors remains low. This brief provides insights into why we’re so passionate about women CEOs and the change we are pushing for.

Why focus on CEOs?

While women have made some strides in the workplace overall, representation among CEOs remains low.

How can we change this? With our initiative partners at C200, Catalyst, and The Executive Leadership Council (ELC), we’re working to track, profile, and publicly celebrate the appointment of new female CEOs. We’re also leveraging our partners research and data to publish a white paper of achievements of Women CEOs and changes in the composition of female CEOs at Fortune 500, S&P 500, Russell 3000 and private companies.

Our hope is that through collective action, we can see:

Allyship is Required to Advance All Women in Business

Women Joining Public Boards in 2021: Insights and Next Steps

Unleashed Technologies: Five Simple Steps to Use Personalization to Boost Your Digital Experience

Who’s Refusing To Be Held Back? African American Women, Becoming CEOs And Changing The Game