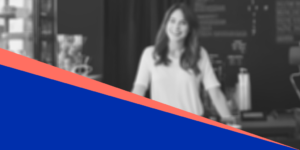 Women-owned businesses are important for our economy. According to an analysis produced by the Boston Consulting Group, if women participated equally to men as entrepreneurs, global GDP could increase by approximately 3 to 6 percent, adding $2.5 to $5 trillion to the global economy. But investment and growth, in and for women-owned firms, trails men in nearly every measurable category: female-led start-ups constituted 15.7 percent of deals in 2019. This doesn’t have to be the case. This brief provides an overview of why driving access to capital for women entrepreneurs is a passionate focus for WBC.
Why focus on entrepreneurs?

So what can we do? We’ve partnered with an incredible group of organizations to drive change: ASTIA; Enterprising Women Magazine; Golden Seeds Ventures; Springboard Enterprises; SheEO, WBENC

Together, we will engage with relevant organizations to build a database of women entrepreneurs with highly successful businesses segmented by size of revenues, work to educate women entrepreneurs on the importance of the appointment of boards and advisory boards to help scale their businesses and gain access to capital, and collaborate to provide relevant resources, webinars, and more through our network of partners.

We believe that through these actions we can see:

The Leap to Your Genius – Leaders and Overachievers: This Is for You!